The ever friendly Murshid bids farewell to the show

And Maldivian Idol season 3 confirms top nine, as Murshid was eliminated from the show on Saturday night's episode.

This week's elimination show aired on TVM on Saturday was held under the theme "Rock & Roll".

The opening song was followed by duets pairing the top ten to show their rock and roll talent.

Entertainment wise it was arguably one of the most hyped episodes of this season as per comments of audience on social media. The night began with a beautiful and meaningful group song regarding "children being the future" which was followed by duet performances of the top 10. The episode saw participants, band and judges as well as the hosts dressed up to the rock and roll theme. Duet performances by the top 10 were also based on the theme, delivered perfectly by the contestants.There were moments in which we all could not help but dance and move to the music and performances.

The eliminations saw Murshid --- leave the show with the idol family deeply saddened about saying goodbye. Judges, presenters and fellow contestants wished Murshid best of luck for his future music career, urging him to continue to entertain fans with his unique performance style. Murshid was since the beginning of the show a full on entertainer, always presenting his songs with a side of acting and funky moves. As for the fellow himself, he expressed great regret, noting that he hoped to go further into the competition, nevertheless expressing gratitude for the opportunity to have performed and gained fame through the Idol platform.

As for those the 9 contestants who were lucky to remain in the show, they were all deeply thankful for the support from fans and judges. The 9 contestants also renewed their determination, promising fans of even better performances in the coming week.

Stay tuned for the next episode on Friday night on TVM.

This weeks gala show aired with splendid performances by the top 10 contestants. The theme for the evening was acoustic and the contestants did not disappoint.

They upped their game with mind blowing renditions of fan favorite songs this week. This week's episode began with a video message to all the contestants by one of the two trainers of the show, Mohamed Abdul Ghanee (Theyrava). In his message to the artists, Theyra appealed the contestants to continue to try to improve their skills without exception. He noted that the contestants are all talented and have the potential for growth.

Voting lines opened once more after each contestants performance. The polls are to close at 4pm Saturday. Those who will go through to the next round will be decided based on 50% votes of fans and 50% marks by judges. Keep voting for you fan contestants.

Elimination night will be aired at 10:30pm on Saturday night at TVM.

Two fan favorites, Shaan and Salwa were knocked off the show on Saturday night's elimination round after a competitive first round of Gala show on Friday night.

Unfortunately Shaan and Salwa were unable to garner enough support to remain in the show, thus leaving it earlier than expected. They were both strong contenders, judges noted, citing that they shouldn't give up on their careers. Judges said that the fact that they were able to perform in such a huge platform is good publicity for them, giving them a foundation to continue to grow in their career. The two contestants were both sad to say goodbye, but reassured their fans that they will continue to pursue music and continue to perform for their fans on different platforms.

Meanwhile, Hassan Shahudhaan, Ibrahim Shameel, Aiminath Saina Mohamed Rasheed, Thasleem Abdul Kareem, Naushaad Abdul Latheef, Raihaan Adam, Mariyam Maeesha, Abdullah Munaz, Abdullah Murshid and Aishath Azal Ali Zahir are through, securing top 10 spots on season 3. They were noted that this was both a sad and happy night, as they bid farewell to two beloved members of their idol family, while also going through to the next round. The top 10 assured their fans that they will up their performances, thanking the fans and judges for having faith in them to go to the next round.

Gala round begins with splendid performances by our top 12

Friday night saw top 12 of Maldivian Idol give their best in the hopes of impressing judges and audience in order to get a spot on the top 10 of this season.

Theme of Friday night's show was "Ever Green" with contestants singing old is gold songs from the past. From their costumes to their makeup, the contestants gave of a back to the past vibe while performing on the official Idol set for the first time.

Judges were rather impressed, and their comments were mostly positive for all contestants. Voting for each contestant began with their performance while it closes at 4pm on Saturday. Elimination night airs at 10:30pm on Saturday, stay tuned for a lot of entertainment and suspense. 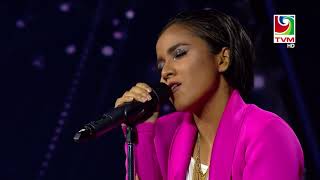 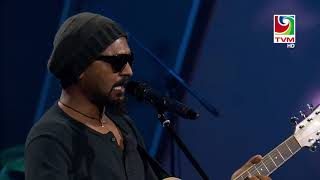